Do you know what is a VPN and how does it work and what’s the main advantages of a VPN connection? Find all answers in this post.

When you use a VPN, your internet activity is routed via a secure private network rather than the public one. It hides your IP address so that your online activities remain anonymous. Data sent or received is more private and safe because of the secure and encrypted connections provided.

Now, let’s take a look at the major benefits of a VPN service can bring to you, no matter it’s a paid VPN or a free VPN.

An IP address is given to you automatically each time you connect to the internet. You can track all of your online activity back to your computer or mobile device’s IP address since it uniquely identifies both. Your IP address may be used to track everything you do online, from what links you click to what you search for on Google. You can’t be traced if you use a VPN to mask your IP address.

When you pick a new gateway city or nation, it makes it much more difficult to track back to the original source, i.e. you, when you go online using this feature.

With a VPN, you don’t have to be concerned about being watched by the government, your ISP, or even just ads that utilize the information they learn about you from your geographic location to target you. Or at the very least, make it very difficult to do so, so that the ordinary user isn’t concerned.

Despite the fact that cyber-attacks on private networks are rarer than those against public networks, they are nevertheless feasible. Additional security against hackers, spyware, and viruses may help keep your device clean. When it comes to malware assaults like ransomware and other types of ransomware, they may be anything from difficult and bothersome to costly. When your antivirus and firewall software and a VPN function together, the risk of an attack is considerably smaller.

Online retailers often deal with customer price discrimination. Every service in high-income nations, from airplanes to eCommerce platforms, tends to charge customers more. Users in low-income areas, on the other hand, typically get greater prices and discounts because of this.

And although that’s helpful for those living in low-income areas, it burdens people in higher-income areas who make the average salary.

Fortunately, there’s a VPN for that. If you live in a high-income area, you may use this service to locate lower-cost options. When you shop, you won’t be hit with any additional fees.

Another advantage of using a VPN for Windows or macOS is the ability to save money on plane tickets. For example, using a VPN server in a different country may save you money on flight tickets. Suppose you’re a British national looking to fly from the UK to the United States for whatever reason. An online ticket purchased in the UK will cost less than an equivalent ticket purchased in the US.

You should still exercise caution regarding the service’s use of other tracking technologies like cookies. Before connecting to a VPN, make sure to erase the cache and history on your device. Once you’ve finished, go to the store’s website and make your purchase. To prevent online tracking even further, use your browser’s incognito or private mode.

You can’t escape digital marketing as every e-commerce company owner knows. If you want to successfully promote your e-commerce site, you must first do a competitor study to determine what the competition is doing and how you can best them.

If you’re continuously changing domains, you’re leaving a digital trail. The information gathered by these websites may be sold to your rivals, causing your market research to have unintended consequences.

Since data encryption and masking of your IP address are now standard VPN features, using one is no longer a concern.

An effective online marketing strategy needs a fast internet connection, as is obvious. Occasionally, you may notice a drop in your internet speed.

For example, network traffic throttling may be to blame in some situations. Unknown to many, bandwidth throttling is the purposeful limiting of available bandwidth.

What if bandwidth restriction had a positive impact on someone? Companies positioned between you and your web-based destination stand to profit from this. For example, your Internet Service Provider (ISP) may limit your internet speed at particular times of the day in order to reduce network congestion.

Having to analyze less data means they don’t have to invest in more equipment to meet traffic spikes. You can still get around this by using the best free VPN for Windows or smartphones. Instead of using a third-party ISP, a VPN uses a less crowded private network to route your information. As a result of the less busy channel, you won’t run into problems like bandwidth throttling.

A VPN helps you avoid data limiting as well as bandwidth throttling. You won’t have to worry about anybody on the network knowing what you’re up to because VPNs encrypt all of your internet traffic before it leaves your device. You can’t be throttled since your internet service provider can’t see what you’re doing on the internet. 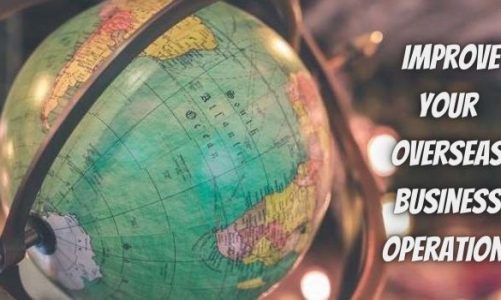